Do Concussions Accelerate Aging of the Brain ? 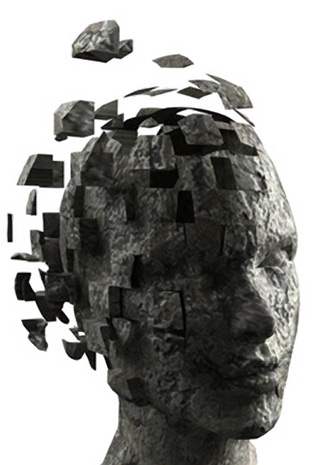 Back in January our little group had a brain storming session in preparation for a concussion presentation for the Kinesiology profs. We had set up a data base from the medical literature for the autonomic effects related to concussions and suggested to our PhD student Haz, to make a spreadsheet case for systems, like cardiovascular, musculo- skeletal, that sort of grouping. Suddenly the epiphany thought hit the three of us simultaneously, “Concussions are prematurely aging the brain!’ It was what the medical literature was revealing in front of us. Now some researchers based in our own city have demonstrated just that kind of relationship with abnormal aging in the brain from former athletes with a history of small number of multiple concussions, at least three.

Research is revealing the overall pattern from young concussed university aged athletes has uncovered disturbing chronic alterations of brain function affecting the cognitive, affective and motor domains irregardless of time since injury. Most measured metabolites following concussion return to a normal equilibrium. If these  athletes appear asymptomatic motor learning declines implicating a impaired synaptic plasticity in the primary motor cortex,is  suggesting that disrupted cellular mechanisms may be lingering to become persistent brain function anomalies. In other words perhaps a new baseline may be  reached once healing is accomplished following each concussive cycle?

The scary side of chronic neuropathological encephalopathy has emerged as an end point of atrophy, involving both the cerebral hemispheres including the medial temporal lobes, combined with the expansion of the lateral ventricles. Usually associated with professional boxers this display of blows to the head as chronic career damage has now crept surprisingly, menacingly with much less exposure to sub-concussive blows to the head which now encompasses professional football players and professional hockey players. Although no causative relationship  has been established between so called mild concussive traumatic brain injury with the devastation seen in postmortem observations. The worrisome implication from interaction with the aging process with multiple concussive blows is for the reported epidemiological prevalence of 5-fold increased diagnosis of mild cognitive impairment in retired football players by Guskiewicz et al. from players who had suffered at least 3 concussions possibly more during their playing career. The conversion of 10-20% annually into dementia status is very disturbing. But definitive controlled experiments have  not been directly related in a causative relation establishing a link between sports concussions with long term consequences on brain. The study objectives ask the pertinent query: Do retired athletes exhibit structural brain changes having experienced multiple concussions in early adulthood? Do these structural changes in former multiple concussed athletes link to neuro-cognitive decline and with neurological  metabolic anomalies?  The researchers hypothesized that the retired concussed athletes would display the same pattern of brain anomalies that had disturbingly shown up with postmortem neuro-pathological studies seen from retired football players. The same pattern would be a lesser evolution with time but yet an accelerated aging revealed as cerebral atrophy with a thinning within the cortical thickness on magnetic resonance imaging since age is the primary risk factor of Alzheimer’s disease and an important factor of clinically significant cognitive decline.

The research revealed episodic memory decline that was accompanied with a significant enlargement of the lateral ventricles, a significant decline on measures of semantic verbal fluency, a combined effect of age and concussion on cortical thickness clustering in regions of interest correlating with the episodic memory decline. The researchers pointed out the abnormal enlargement of the fluid filled spaces, the cerebral ventricles as unexpected findings, usually associated with deceased athletes with pathologically chronic traumatic encephalopathy (CTE). The authors speculated that white matter losses  consequent to diffuse axonal injury may behind the enlargement of the cerebral ventricles reported in diffusion tensor imaging studies as seen in soldiers with  blast related traumatic brain injury.The authors stress the findings as indicative of abnormal aging from the multiple concussed group not only affecting cognitive functions but also cortical tissue integrity. The study raises alarming concerns that so-called minimal severity of brain injury in  a university athlete converging as time passes to induce long-term brain injury in other wise healthy former concussed athletes.

No definitive relationship can be drawn from the study between structural damage to specific cognitive functional decline. The study points to a wider neuropathology involving multiple brain regions to account for the decremental cognitive performance related to the combination of ventricular enlargement, cortical thinning and hippocampal neurochemical anomalies from the concussed samples. Again the converging pattern reveals evidence that the early signs of neurofibrillary tangle count higher over the perirhinal cortex and hippocampal deposition from the deceased players brains. “The perirhinal and postrhinal cortices are part of the cortical region that surround the hippocampal formation (in the human brain, the ‘postrhinal cortex’ is made up of areas TH and TF of the parahippocampal cortex). They lie adjacent to the hippocampus within the temporal lobe. Unlike the hippocampus itself, these regions are much less structured in terms of having a strict organisation of neurons into distinct layers, but are functionally separate. The perirhinal and postrhinal cortices receive incoming sensory information from the visual, olfactory and somato-sensory cortices (among many other inputs) and they are closely involved in the interpretation of novelty and familiarity, e.g in visual recognition memory.”(MRC Center of plasticity Hippocampal Pathways University of Bristol)

The strong correlation between the elevated glial proliferation as a marker for the episodic memory decline found in these former concussed athletes is emphasized as a novel finding in terms of clinical relevance in the study should be pursued into a larger study since the authors caution they may have underestimated the chronic effects. The practical concussion avoidance measures imply that safety measures should not only be restricted to professional sports associations but should apply to all individuals, especially including children, playing contact sports. Minimal brain injury with just a few concussive ‘zingers’ converges into something more silently malicious into an accelerated aging affect within the brain is now becoming a flashing red light warning from former mildly concussed athletes now reaching middle age.