Hövding a company from Sweden invents the invisible helmet, but it’s airbag collar deploys in 0.1 seconds into a bicycle helmet 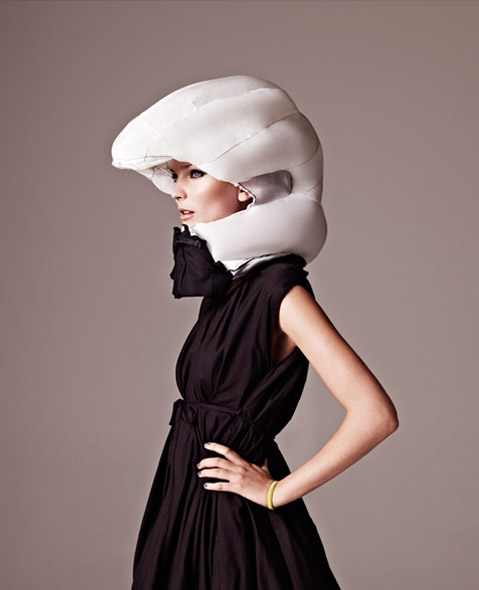 The Swedish company, Hövding has developed a wearable head protector especially for bicyclists adverse to wearing helmets. Hövding has extensively studied how people literally fly onto the hoods of cars when hit  by cars -the head impacting violently onto hood or the lower windshield. What is unique to their solution is how they use the technology of an air bag to provide dispersal of the entire kinetic deceleration load during the impact. Hövding also protects the head and the neck together as a unit, this aspect is I believe the optimum way to use the head/neck with the mass of the torso to stabilize away from the especially vulnerable head rotation since the head is positioned with the neck during the helium gas filling of their device. Hövding is meant for urban bicycling protection only and is not designed for other activities like motorcycling, skiing, snow-boarding, off-road cycling or skateboarding and mountain biking.

According to descriptions from their website, ” Hövding is a collar for bicyclists, worn around the neck. The collar contains a folded up airbag that you’ll only see if you happen to have an accident. The airbag is shaped like a hood, surrounding and protecting the bicyclist’s head. The trigger mechanism is controlled by sensors which pick up the abnormal movements of a bicyclist in an accident. ” The hood shaped airbag design is explained: ” The airbag is shaped like a hood that surrounds your head. It’s made in an ultra-strong nylon fabric that won’t rip when scraped against asphalt. The way the hood is designed and folded into the collar ensures that it will inflate quickly and safely. It takes about 0.1 seconds to inflate and the airbag will be fully inflated before head impact. Hövding protects nearly all of the head while leaving the field of vision open. The airbag provides soft and effective shock absorption and maintains constant pressure for several seconds, making it able to withstand several impacts to the head in the same accident. After that the airbag slowly starts to deflate.”

” Hövding started out as an industrial design master thesis at Lund University in spring 2005. Anna Haupt and Terese Alstin had decided to work on their exam project together at precisely the time Sweden’s law on bicycle helmets for children under 15 came in. The Swedish Road Administration wanted the law to also apply to adult bicyclists, but many adults saw making helmets compulsory as a threat rather than a positive initiative. Anna and Terese saw their master thesis in industrial design as the perfect place to find out whether it was possible to improve on the bicycle helmet. They wanted to make a helmet so attractive that adult cyclists would voluntarily start protecting their heads on the roads without the law ordering them to do so or else.

As the project progressed, the initial idea for an airbag bicycle helmet was developed into a concept, which won an ideas grant from Innovationsbron, a Swedish initiative set up to turn research and innovation into commercial products. This was the first step along the road to making Hövding a real product.

In 2006 Hövding won the Venture Cup and just over 200,000 Swedish kronor. And with that the company Hövding Sverige AB was born.”

The delicate differentiation of recognizing a specific movement began for cataloging the entire range of people movements NOT to trigger airbag deployment. The advice of a neurosurgeon was also sought out for the varieties of head traumas associated with bicycle accidents.

” 2007 saw the start of the demanding job of developing a method for distinguishing normal bicycling from accidents. Hundreds of bicycling accidents were recreated, with the aim of studying the specific movement patterns of bicyclists in accidents to determine precisely when the sensors should deploy the airbag. The accidents were re-enacted with stunt riders from the Swedish Stunt Group and with crash test dummies at the Swedish National Road and Transport Research Institute, VTI.

With the backing of Ulf Björnstig, professor and surgeon at Umeå University Hospital and a specialist in skull injuries in bicyclists, we built up a database of all the bicycling accidents that take place. Every type of accident has been staged to ensure that this database is comprehensive and accurately represents what actually happens.

As well as studying accidents, hundreds of hours of normal bicycling have also been incorporated in our database thanks to test bicyclists wearing Hövding in everyday bicycling situations. Besides the actual bicycling, the concept of “normal bicycling” also includes all the situations and movements that normally take place before and after a bicycle ride, such as running up and down steps, picking up dropped keys, etc. ”

Development for  the airbag helmet was performed in Portugal to evaluate the full range of protection that  encompasses such a varied platform as a person riding a bicycle in an urban environment. “Development work on the unique airbag was primarily carried out in Portugal, in collaboration with Swedish airbag manufacturer Alva Sweden. Extensive testing has been carried out at Alva to ensure the airbag provides the protection required. The tests checked the performance of the airbag at different air pressures and temperatures, for different head shapes and sizes and for cyclists with a range of different hairstyles and headgear.

During the development process, the airbags have also been tested by the IAC Group in Tidaholm and by SP Technical Research Institute of Sweden in Borås. This work involves tests to ensure that the airbag inflates around the wearer’s head, and tests to optimize the shock absorption provided by Hövding.”

The airbag helmet in a collar and its function are unique to Hövding and are therefore patented.

In Montreal we have the Bixi bicycle which users can pick up a bicycle anywhere and drop them off once used at similar dispersion stands throughout the city. The problem with Bixi is there is no provision for any kind of helmet protection. People find all kinds of excuses for not wearing a helmet which is exactly what Anna Haupt and Tereses Alstin discovered in their initial surveys. The magic word for the designer pair was the word ‘invisible’ which meant to them: an invisible bike helmet without ruining your hair. Their brilliant option also took the very different route not to attempt to change the cyclists but to change the product. So despite people not wanting to take the initiative to protect their heads in case of an accident, despite being well aware of those risks the Hövding pair created the design of a wearable helmet that only deploys as a helmet once the sensors detect the accelerometer characteristics of an impending switch in head position all detectable within 0.1 seconds.

Hövding translates from Swedish for the word, ‘chieftain’. Despite being a small company they think big and they aim high. They have set their sights on changing the world, to dare to demand something better, to stand out from the crowd by believing in themselves and their capabilities as a leader and role model. 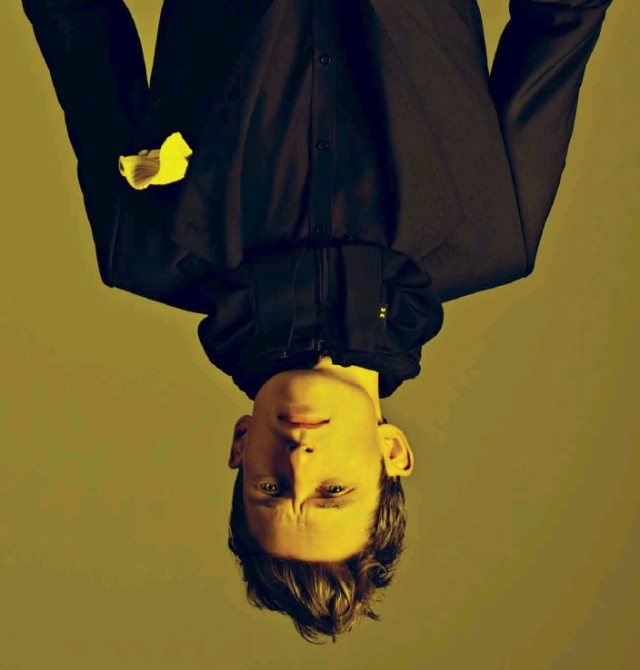 Even upside down, Hövding airbag collar looks smart and ready