Posted on September 21, 2012 by cerebrovortex 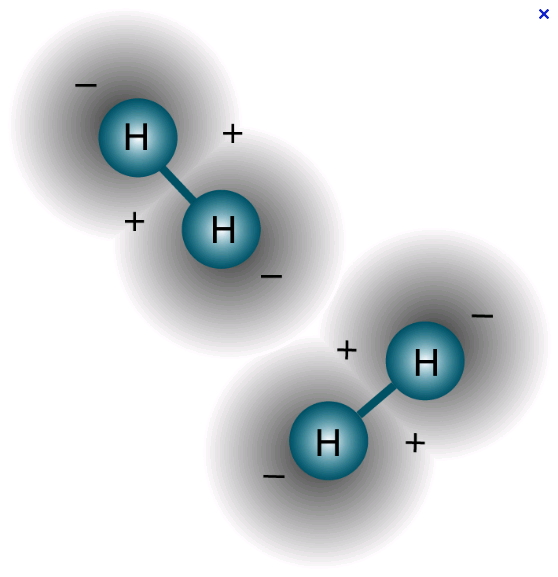 Mild traumatic brain injury/concussion is usually viewed as a one way direction to damage. There are so may brain concussions happening in the National Football League is there any hope for treatment for the multitudes of non professional people with their sports related or head impact accidents ? Surprisingly there is hope on the horizon involving employing gases like hydrogen sulfide and now hydrogen gas itself. The shopping list for ideal neuro protection would involve something non toxic, easily administered, permeable at the vulnerable blood brain barrier especially offering protection at various times after the injury. What is now perceived after concussive blows to the head is the influence of destructive gases such as reactive oxygen species at the damage zones within the brain, so what can be accomplished here? Deep sea divers have tolerated breathing 3% hydrogen gas, does that mean inadvertently these divers are getting already  neuro protection becomes an obvious question to ask. If hydrogen gas goes past 4% in a room it becomes explosive and can cause asphyxiation, but 2-2.9% appears to improve cerebral damage in animals. Currently there are no FDA approved protocols for therapeutic use of hydrogen. Normal hydrogen content is 0.000055% and hydrogen is the most abundant element in the universe.

“To investigate whether hydrogen (H2) exerts abilities to ameliorate the outcome after TBI, Ji et al. administered 2% H2 to rats, which were also subjected to experimental TBI.   TBI-challenged rats, that did not inhale H2, presented with significantly greater brain edema, blood-brain barrier (BBB) permeability, lesion size, and neurological impairments, than those in the treatment group. Decreased levels of oxidative products such as malondialdehyde (MDA) and 8-iso-prostaglandin F2α (8-iso-PF2α), were decreased in brain tissues of treated animals, suggesting that H2 induces neuro protection by reducing oxidative stress to the BBB.”

“Each year, approximately 800,000 patients undergo neurosurgical procedures in the United States . This figure encompasses emergent as well as planned procedures. Neurosurgical operations have the potential to cause unavoidable damage to healthy brain tissue through application of pressure, tissue stretching, hemorrhage, and the use of electro-cautery . This form of brain injury occurs regularly, despite of intra-operative adjunct treatments such as administration of steroids and mannitol in both emergent or scheduled procedures. Even standard micro-surgical techniques have the ability to cause damage to the surrounding brain tissue, thus leading to early complications such as edema formation and local ischemia.”

“To determine the effects of hydrogen treatment following surgically-induced brain injury (SBI), Eckermann et al. utilized a novel rat model that involved a partial right frontal lobectomy . The following groups were compared: rats subjected to sham operation (craniotomy), SBI animals that received 2.9% hydrogen, which was administered concurrently with surgery for a period of 0.5 hours, and a control group (SBI + room air). Brain water content and neurological deficits were measured at 24 hours after SBI. The results demonstrated that hydrogen treatment significantly decreased the formation of cerebral edema, which resulted in improved neurobehavioral function; however, the treatment failed to reduce oxidative stress and cerebral inflammation (evaluated via Lipid Peroxidase and Myeloperoxidase assays, respectively) in rats subjected to SBI.”

“Stroke is a leading cause of death and long-term disability, particularly in the elderly population . It is associated with a 30-day mortality rate of approximately 20% . The prevalence of stroke is expected to increase significantly as the global population of men and women – older than 65 years of age – increases continuously by an estimated 9 million people per year . Consequently, it is most essential to investigate novel and potentially effective therapeutics to improve the neuro-functional outcome in patients. The effects of hydrogen treatment for ischemic stroke have been evaluated in an experimental rodent model of transient middle cerebral artery occlusion (tMCAO) . This model exerts its damaging effect through focal ischemia and reperfusion, which generates acute oxidative stress to the affected brain regions. Under general anesthesia the rat’s left middle cerebral artery (MCA) was occluded using a nylon monofilament with a distal silicon rubber tip. The treatment group inhaled 2% hydrogen gas during the entire procedure. Treated and control animals underwent neurological testing, and were sacrificed at 12 hours, 24 hours, 3 days, and 7 days post-surgery. Brains were then sectioned and stained with 2,3,5-triphenyltetrazolium chloride (TTC) to label the infarcted brain area, followed by volumetric computation of the infarct volume. Observed protective effects of hydrogen therapy included: decreased infarct volume, maintenance of body weight after surgery, and improved neurological function when compared to control animals. Liu et al.  utilized the tMCAO model to evaluate neuroprotective effects of intraperitoneally administered hydrogen saline (1 ml/100 g body weight). The results showed that hydrogen saline significantly reduced infarct volume, brain edema, and neurological function when administered within a 6 hour time window after ischemia induction. Hydrogen saline reduced ROS, inflammation markers, as well as caspase 3 activity in the ischemic brain . Matchett et al. administered hydrogen gas (2.9%) to adult rats that were subjected to tMCAO. Hydrogen administration showed a tendency to reduce the infarction volume in the treatment group, when compared to control animals; however, neurological deficits were similar in both groups. Furthermore, Chen et al. reported that hydrogen gas effectively reduced acute hyperglycemia-enhanced hemorrhagic transformation after focal ischemia in the rat. Potential mechanisms on how hydrogen gas ameliorates hemorrhagic transformation remain to be investigated.”

“Hemorrhagic stroke is often more severe than ischemic stroke, and includes intra-cerebral hemorrhages (ICH) and subarachnoid hemorrhages (SAH). The mortality rates for ICH and SAH have been reported as 40% to 50%, and survivors are commonly affected by chronic morbidity . Furthermore, the aggregate lifetime cost of hemorrhagic stroke cases has been estimated as high as $5.6 to $6.0 billion per year . The effects of hydrogen administration in hemorrhagic stroke models have been previously reported. In a mouse model that implemented collagenase-induced hydrogen (ICH),  therapy was found to significantly reduce cerebral edema and neurological deficits at 24 hours after surgery; however, hydrogen post-treatment showed only a tendency to improve these outcomes at 72 hours after surgery . The authors conclude that hydrogen inhalation exerts an acute neuro protective effect in mice subjected to experimental ICH. Similarly to these results, hydrogen treatment (2.9% for 2 hours) starting 1 hour after induction of experimental SAH (endovascular perforation method), ameliorated brain edema, reduced apoptosis, and improved neurological deficits at 24 hours, but not at 72 hours after surgery . The protective effects of hydrogen therapy were associated with the reduction of oxidative injury of lipids, proteins, and DNA.”

“Advances in perinatal care and neonatology led to increased survival of premature infants  yet the incidence of brain injury caused by neonatal hypoxia-ischemia (HI) remains high. Effective therapeutic modalities are limited for the treatment of HI. This form of CNS injury occurs at a very early stage in life. It is accompanied by a heavy toll on families and significant long-term healthcare demands. Since neonates have an immature free radical buffering system, they are believed to be more vulnerable to ROS damage.”

“Hydrogen treatment was associated with improved outcomes in a model of neonatal hypoxia/ischemia  Cai et al. subjected seven-day old rat pups to left common carotid artery ligation followed by 90 minutes of hypoxia. Immediately after the HI injury the pups were placed in chambers containing 2% hydrogen for 30, 60, and 120 minutes. Twenty-four hours following hydrogen therapy, the animals were sacrificed and the brain damage was assessed with TTC and Nissl staining, TUNEL, and evaluation of caspase activity. Hydrogen therapy significantly reduced the number of TUNEL positive cells, and attenuated caspase activity, suggesting that hydrogen gas exerts neuro protective effects by inhibiting cellular apoptosis after HI. However, in another study of HI, hydrogen treatment failed to show neuro protective effects, possibly as a result of the severity of the injury . The authors concluded that hydrogen gas may have a neuro protective effect against mild to moderate HI, but loses that effect in cases of severe HI injury.”

“Many approaches have been suggested as post-treatments for CNS injuries such as hypothermia, vitamin E, hyperbaric oxygen, and numerous medications for ischemic and hemorrhagic strokes . Post-injury protection reducing subsequent progression of the brain damage is critical; however, current success has been limited at best. Continued efforts are warranted to identify suitable neuro protective agents that are inexpensive, easy to administer, and that present high therapeutic indexes. Increasing evidence suggests that hydrogen may be such an agent . Several studies claim that hydrogen evokes cellular protection through attenuation of ROS production following diverse brain injuries. It has been demonstrated that hydrogen exerts a therapeutic antioxidant effect by selectively reducing hydroxyl radicals (OH–), which are believed to be potent cytotoxic ROS, indiscriminately damaging proteins, lipids, and nucleic acids . Furthermore, no known cellular detoxification system exists for OH–. Hydrogen also effectively protects cellular damage to non-neuronal tissues including renal, lung, and myocardial injury “.

“Importantly, it needs to be determined if hydrogen treatment alters normal metabolism, since several agents classified as ROS, such as nitric oxide (NO), have important cell signaling functions and are regulators of physiologic responses . It is crucial that the administered antioxidant does not disturb these normal cell-signaling pathways. Hydrogen may also function by preventing break-down of the BBB. The most prominent and consistent effect is the reduction of cerebral edema and the improvement of neurological function post-injury. Hydrogen has several advantages as a potential antioxidant: it effectively reduces cytotoxic OH– in vivo, and demonstrates excellent penetration characteristics. Its ability to enter bio-membranes and diffuse into mitochondria and cell nuclei render it highly effective as a powerful antioxidant.”

“Taken together, hydrogen appears to be a safe therapeutic with the ability to attenuate ROS production after diverse CNS injuries. Furthermore, hydrogen effectively reduced neuronal apoptosis and hemorrhagic transformation after ischemic brain injury. Its ease of use and availability will facilitate clinical transition in the near future; however, further mechanisms of neuroprotection need to be primarily investigated.”

I have taken the aggressive, unusual step to quote virtually the entire paper but the results are enormously hopeful. Almost every single attempted  repair study following brain damage is  not very optimistic at all for improving the brain damage as an outcome. Here these authors have described some major shifts in specific brain repair like maintaining the integrity of the blood brain barrier, reducing reactive oxygen species plus reducing cerebral edema. I have to repeat these animal studies are huge for potentially thinking about resolving brain damage. But I can’t help but wonder since adding hydrogen gas, gas makes tissue expand, tissue like brain tissue. Again I know I am being biased here but if the tensegrity shape is spread out as a result of the infusion of the minor percentage of hydrogen gas, can the tension integrity shapes within critical zones of the brain’s networks be stretched with that pre-stress tensio natat that I talked about in my last essay?

In any case the use of hydrogen gas is barely understood how it improves things at the molecular level within the brain so that makes it very exciting to see what the future will bring for using hydrogen gas as therapeutic neuro protection. Fascinating, just simply  fascinating !!